Welcome to the team Kieran Wolland 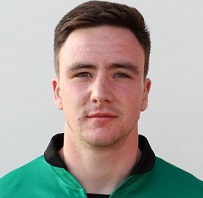 Prosport are delighted to announce the signing of Kieran Wolland! Kieran 18, a talented goalkeeper with a bright future in the game, started his career with Blackburn Rovers academy and Accrington Stanley FC. After watching Kieran impress many times in the Alliance youth league during his time with Accrington Stanley U18′s, and his solid performances in the FA Youth Cup beating West ham along the way!! We were only too pleased to discuss with Kieran and his family the possibility of working together and developing his future career!

Welcome to the team Kieran, everyone here at Prosport wishes you continued success for your career!